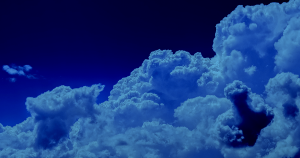 Many companies rely on radar signals and satellites to predict the weather.

Boston-based startup ClimaCell, however, pulls its data from a range of sources including cell phones, street cameras, connected vehicles, and drones. This allows it to forecast weather conditions on a hyper-local level — and with what it claims is 60 percent better accuracy.

“A lot of the things around us actually sense the weather, just not by design,” ClimaCell co-founder Rei Goffer recently told Borgen Magazine. “They’re affected by the weather, and by looking at how they’re affected you can actually reverse engineer things and see through that.”

Several major airlines and transportation companies have already invested in ClimaCell in the hopes of improving their ability to forecast weather conditions.

However, the startup might make its biggest impact in places without any current forecasting systems in place.

“Developing countries like India don’t have sufficient weather infrastructure, like radar and weather stations, to ensure public safety and serve the private sector,” co-founder Shimon Elkabetz told Forbes in 2017. “Our technology helps countries leapfrog from no weather data to granular data using software. We can issue alerts about flooding, including warnings to citizens and information for rescue teams.”