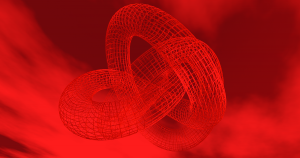 Bank of America analysts say that companies focused on immortality and longevity — extending the human lifespan as much as possible — are going to grow in coming years, with the market expected to be worth $600 billion by 2025.

Longevity companies have often risen and fallen with little ado. But if these financial experts are correct that biotech companies are poised to start “bringing unprecedented increases to the quality and length of human lifespans,” per CNBC, then we may start seeing serious results out of the industry.

Bank of America’s predictions would mean a six-fold increase in the amount of money in longevity companies. In a report to clients reviewed by CNBC, analysts wrote that the human lifespan may soon extend to 100 years.

“This has enabled a new frontier in precision medicine to further extend life expectancy,” the report reads.

The analysts identified four key areas of longevity research that they expect to grow in the coming years: genomics, big data and artificial intelligence, futuristic foods and nutrition, and healthcare companies working to eradicate diseases.

The post Major Bank: The Immortality Industry Is the Next Hot Investment appeared first on Futurism.

Read the rest here:
Major Bank: The Immortality Industry Is the Next Hot Investment