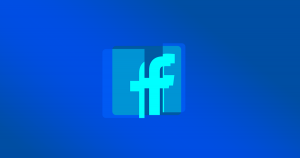 In a New York Times op-ed titled “It’s Time to Break Up Facebook,” Hughes argues that Facebook has gained too much power — and that it should be broken up and regulated.

“It’s been 15 years since I co-founded Facebook at Harvard, and I haven’t worked at the company in a decade,” Hughes wrote. “But I feel a sense of anger and responsibility.”

At the middle of Facebook’s continued troubles is Zuckerberg, a CEO that Hughes argues has too much “unchecked power” — he can determine what people read, what is hate speech and what isn’t — and an incredible amount of wealth that gives him the ability to shut out any competitors by buying them out.

Mark has a “unilateral control over speech,” Hughes wrote. “There is no precedent for his ability to monitor, organize and even censor the conversations of two billion people.”

Though Hughes is unusually close to Facebook, he’s certainly not alone in calling for accountability for the social giant. His op-ed comes after news of an impending multi-billion-dollar fine from the Federal Trade Commission emerged as a result of an investigation into the way Facebook handled its users’ data. Hughes also joins Senator Elizabeth Warren (D-MA), who argued in March that she wants Facebook, Amazon and Google to be broken up.

The solution to Zuckerberg’s unbridled power, according to Hughes: government regulation. WhatsApp, Instagram and Facebook need to be spun out into distinct businesses to create a healthier, more competitive market. Hughes also calls for the creation for a new government agency that deals with tech regulation specifically.

“I don’t blame Mark for his quest for domination,” Hughes wrote. “Yet he has created a leviathan that crowds out entrepreneurship and restricts consumer choice. It’s on our government to ensure that we never lose the magic of the invisible hand.”