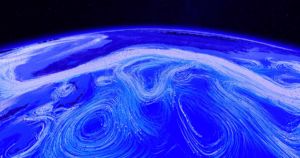 The plan is the first major environmental package focusing specifically on the ocean offered by a presidential candidate, Earther reports, and extends some of the same policy solutions in the Green New Deal specifically to oceanic health.

The Blue New Deal began when Warren was asked for her stance on ocean protections during a CNN town hall in September, according to Warren’s announcement.

Like the Green New Deal, the policy package includes sweeping environmental protections but also plans to protect and provide job training to oil industry workers who lose their jobs as the nation weans itself off fossil fuels.

The proposal also includes contingency plans for how to deal with the worsening effects of climate change, like banning public housing from being built near the coastline where it might flood in the future.

“I will ensure that we do not build any new public housing within 1.5 meters of sea level,” Warren wrote in the announcement, “because it is the responsibility of the federal government to protect our most vulnerable families, not intentionally put them in harm’s way.”