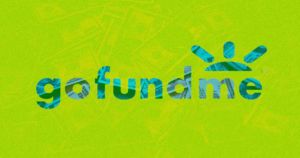 On GoFundMe, it’s not hard to find people raising money for unproven, illegal, or otherwise questionable medical treatments — and bioethicists want the company to finally do something about it.

In recent years, according to The Verge, GoFundMe campaigns have raised millions of dollars for unregulated stem cell treatments, unproven cancer cures, and medical scams. On Sunday, bioethics researchers from Simon Fraser University published a paper in the journal The Hastings Center Report that calls on the company to act as a gatekeeper, preventing medical misinformation from taking hold.

“They know this is happening. It can’t happen without their involvement,” paper co-author Jeremy Snyder told The Verge. “I think they should be ashamed of themselves for taking part in it.”

In response, GoFundMe told The Verge that it’s “reaching out to experts and medical regulatory authorities” to beef up its position on stem cell treatments, but that it’s otherwise up to the individual donor to decide whether or not they should contribute to a given campaign.

Credit where it’s due: GoFundMe has already banned antivaxxer campaigns and treatments from a dubious cancer clinic.

But LGBTQ conversion therapy, an abusive practice that really shouldn’t have the word “therapy” in its name, as well as untested neurological procedures, remain on the platform.

“I just don’t see that GoFundMe can continue to stick their head in the sand and pretend this isn’t a problem on this platform,” Snyder told The Verge.

The post Bioethicists: GoFundMe Is Profiting off Medical Scams appeared first on Futurism.