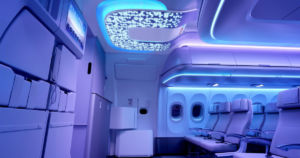 Continued here:
Airbus Planes Will Track How Often Passengers Go to the Bathroom