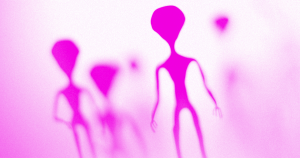 An Oxford lecturer thinks we share the Earth with invisible aliens — and, the outlandish idea holds, they’re trying to save our species and theirs from total destruction by breeding with us.

This strange theory is the subject of Korean instructor Young-hae Chi’s new book, which is written in Korean but roughly translates to “Alien Visitations and the End of Humanity” — and while its contents are objectively bizarre, its proximity to the highest tiers of academia could demonstrate just how desperate some are for a solution to Earth’s climate woes.

In an interview with The Oxford Student, Chi shared some of the highlights from the book — including his belief that, because these invisible extraterrestrials live among us, they have a stake in avoiding planetary destruction due to climate change.

He theorizes that the hypothetical aliens’ interbreeding with humans could be intended to create a hybrid species capable of surviving future climate conditions on Earth, or that the aliens are “producing these hybrids as a problem-solver, a future leader.”

Chi doesn’t provide any examples of the “evidence” he claims supports his theory in the interview, and it’s hard to imagine the book itself contains anything terribly concrete.

Still, the fact that someone as highly educated as Chi wrote an entire book based on salvation by extraterrestrials could be a sign of how daunting our future is starting to look.