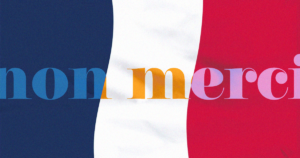 The French Minister of the Economy and Finance just warned that Libra, Facebook’s controversial cryptocurrency, won’t be permitted in France if it’s launched as planned next year.

The minister, Bruno Le Maire, railed against Libra at a crypto conference on Thursday, according to Vice News. He told the crowd that he would do what he could to not only stop Libra from being developed on French soil, but also from being used in the country if it’s launched.

Le Maire told the crowd that Libra threatened to undermine the euro and destabilize the entire French economy — and he has no interest in playing ball with Facebook’s plan. He also shared concerns that if the economy took a hit, people could make matters worse by abandoning government-sanctioned currencies in favor of Facebook’s Libra, Vice reports.

“The monetary sovereignty of countries is at stake [from] possible privatization of money by a sole actor with more than 2 billion users on the planet,” Le Maire said, per Vice. “All these concerns around Libra are serious. So I want to say this with a lot of clarity: In these conditions, we cannot authorize the development of Libra on European soil.”