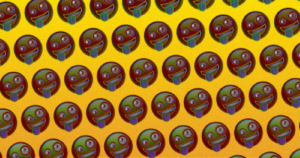 So: Research scientist Janelle Shane thought it would be fun to use those ship names to train a real neural network to — what else? — conjure up new names for self-aware spaceships. The results? Hilarious. Puzzling. Generally? Great.

Shane is the same scientist responsible for creating the neural network that bestowed awesome names like “Peanutbutterjiggles” and “Bones of the Master” upon shelter kittens.

This new naming AI is a variation on that one, but instead of training the base neural network, OpenAI’s GPT-2, on cat names, she used a list of 236 spaceship names from Banks’ Culture series.

Shane lists dozens of the names churned out by the AI on her website, so you’ll have to head there to check them all out, but some of our favorites:

But if we’re naming a self-aware spaceship, it’d be hard to pass up the opportunity to go with the complete head-scratcher that is Someone Did Save Your Best Cookie By Post-Apocalyptic Means.

READ MORE: This AI is so goddamn smart, it can name other AIs [The Next Web]

The post This AI Gives Other AIs Names Like “Ass Federation” And “Hot Pie” Because Robots Can Be Weird Too appeared first on Futurism.