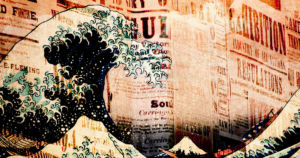 New tools can recreate a human’s face and or writer’s voice to frightening levels of accuracy.

Among the most concerning of these is the deceivingly-adorably-named GROVER a fake news-writing bot that people have used the tool to make blogs and even entire subreddits illustrate the problems AI-written news can pose to the world. Do not let the adorable blue namesake puppet on the first page of the white paper fool you — this thing is freaky.

And it could just be the beginning. Tools like GROVER could create “a massive tsunami of computer-generated content across every niche imaginable,” Kristin Tynski of the marketing agency Fractl told The Verge.

When Futurism first spotted “This Marketing Blog Doesn’t Exist,” a Fractl-owned website that used GROVER to churn out fake articles about things like search engine optimization and Instagram marketing, we urged readers to pay closer attention to the information they read online.

While GROVER isn’t perfect by any means, it’s definitely good enough to convince the casual reader who isn’t scrutinizing every word they read.

Google and other AI developers have their work cut out for them when faced with AI-written spam that’s likely to flood the internet as people chase down that sweet, sweet advertising revenue cash.

“Because [AI systems] enable content creation at essentially unlimited scale, and content that humans and search engines alike will have difficulty discerning… we feel it is an incredibly important topic with far too little discussion currently,” Tynski told The Verge.