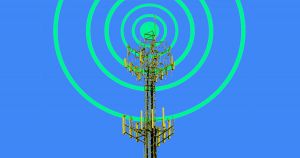 The plan is for the government to take specific frequencies in the 5G spectrum and sell them off wholesale to U.S. wireless providers.

That would also mean more access to rural Americans according to Trump’s team. “A 5G wholesale market would drive down costs and provide access to millions of Americans who are currently underserved,” Trump’s press secretary Kayleigh McEnany told Politico. “This is in line with President Trump’s agenda to benefit all Americans, regardless of geography.”

Earlier this year Trump voiced his support for rolling out 5G connectivity on Twitter. “I want 5G, and even 6G, technology in the United States as soon as possible,” Trump tweeted. “It is far more powerful, faster, and smarter than the current standard. American companies must step up their efforts, or get left behind.”

A similar plan that leaked in 2018 suggested that the government should provide its own infrastructure and allow carriers to use it. A senior official at the time who spoke with Reuters stated, “We want to build a network so the Chinese can’t listen to your calls.”

But the plans immediately received pushback from the wireless industry. Even Trump’s own FCC chairman Ajit Pai called the idea of a nationalized 5G network “a costly and counterproductive distraction.”

How these newly revealed plans differ is still not one hundred percent clear. The idea is to open up wireless spectrums the Defense Department is currently using and partner with third party operators, Politico reports.

But it will be a hard sell. The plan is unlikely to gain much traction — if previous attempts are anything to go by.

More on 5G: Why Cellphone Carriers Are Dreaming of a World Without Wi-Fi