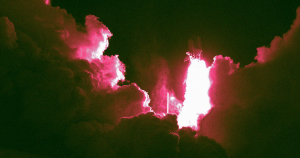 U.S. President Donald Trump signed a directive today that organizes all military space functions under a new Space Force. The Space Force will be run entirely under the current U.S. Air Force — at least for the time being.

That means a future Space Force would function more like the Marine Corps, which is part of the Navy, than an entirely separate branch of the military — which is what the Trump administration first suggested back in June.

The news comes after Trump signed an executive order in December, calling for the creation of a “U.S. Space Command” to streamline and consolidate space operations.

The plans still have to receive Congress approval before its creation, but organizing it under the Air Force could be a way to warm lawmakers up to the idea, as Defense News suggests.

The Washington Post points out that the Directive could also be a more agreeable idea to the Pentagon as it would create far less bureaucracy.

Today’s news doesn’t necessarily rule out future plans for a standalone Space Force military branch. But it could save military officials a headache in the near future.

More on Space Force: The US May Soon Have The World’s First Space Force