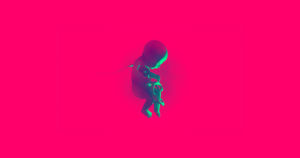 In November, Chinese scientist He Jiankui shocked the world when he announced that he had brought CRISPR-edited human babies into the world. But the Chinese government has kept quiet in the face of news that a third CRISPR birth is expected soon, according to MIT Technology Review.

In January, Stanford bioethicist William Hurlbut announced that He had gene-hacked a third embryo and that the child would be born right around late June or early July. Late June’s come and gone, and now we find ourselves in early July. So either there’s no news to report, or the Chinese government is closely controlling the information surrounding the massive scientific controversy.

Shortly after He’s work first became public knowledge, the Chinese government condemned the experiments and worked to expand its regulations for scientific research.

There’s little that can be done to stop people from using widely-accessible CRISPR technology to edit more humans, but governments and universities can work to prevent their scientists from doing so. To that end, the Chinese government’s secrecy around the gene-hacking controversy has become a point of contention among prominent scientists, according to MIT Tech Review.

“If you look at the big picture, there is a concerted effort by the Chinese government to change the regulatory framework. So why would they keep it secret?” University of Miami bioethicist Rosario Isasi told MIT Tech Review. “But they can if they want, and the world will never know. The Chinese government owes it to the international community to live up to the accountability they have promised.”

READ MORE: A third CRISPR baby may have already been born in China [MIT Technology Review]

The post We May Never Know When That Third CRISPR Baby Is Born appeared first on Futurism.

We May Never Know When That Third CRISPR Baby Is Born