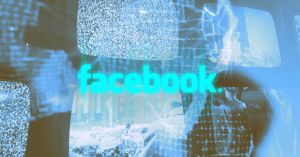 Documents obtained by the New York Times show how the social giant’s international content moderation strategy is dictated by thousands of pages of PowerPoint presentations and spreadsheets that “sometimes clumsily” tell thousands of moderators what to allow and what to delete. The revelation raises deep questions about the future of Facebook’s role in international discourse — especially in the wake of damaging revelations about how the platform allowed propaganda during the 2016 U.S. presidential elections.

“Facebook’s role has become so hegemonic, so monopolistic, that it has become a force unto itself,” political scientist Jasmin Mujanovic told the Times. “No one entity, especially not a for-profit venture like Facebook, should have that kind of power to influence public debate and policy.”

Facebook moderators who spoke to the Times under condition of anonymity said they felt hamstrung by the extraordinarily complex rule set, which forces them to make rapid decisions, sometimes using Google Translate, about fraught topics including terrorism and sectarian violence.

“You feel like you killed someone by not acting,” said a moderator who spoke to the paper on condition of anonymity.

The result, according to the Times, is that Facebook has become a “far more powerful arbiter of global speech than has been publicly recognized or acknowledged by the company itself.”

“A Lot of Mistakes”

Facebook executives pushed back against the implication that its content moderation efforts were murky or disorganized, arguing that the platform has a responsibility to moderate the content its users post and defending its efforts to do so.

“We have billions of posts every day, we’re identifying more and more potential violations using our technical systems,” Facebook’s head of global policy management Monika Bickert told the Times. “At that scale, even if you’re 99 percent accurate, you’re going to have a lot of mistakes.”

Leaked Documents Show How Facebook Controls Speech Across the Globe