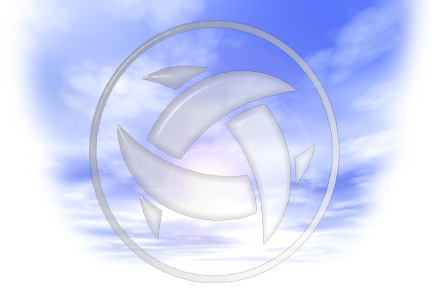 I.   Religion and Nation

We are both a nation and a religion in diaspora.

Whether we will remain a diasporic nation, become a nation with boundaries, or both, will depend on circumstances currently beyond our control. However, we are consciously seeking to establish a homeland so we can become both.

We seek both, because with both intact, our ability to survive and advance as a new distinct species improves dramatically. Our ongoing growth and advancement must never be static, but always progressive.

In our focus and dedication towards progressive expansion, we must always strive and continue to create new viable homelands for our people.

With each new homeland we establish, we eventually evolve into a metaphorical archipelago of alliance sovereign nations, and thus our continued ability to survive and advance our species also increases with each new member nation.

To continue our ongoing and long term survival, our futurist goal is to ultimately continue genetically modifying ourselves for space travel and galactic colonization. The development of moon bases, space stations, extraterrestrial biospheres, starships and terra-formed worlds will begin the promethean renaissance. We will usher in  a new age and explosion of genetically modified diversity and life across the galaxy. Imagine a galaxy populated with 1000's of new superhuman GM promethean species, and trillions of new varieties of floral and animal life.

Our immediate aim is to create a neo-eugenically enhanced race that will eventually become a new, superior species with whatever scientific means are available at the present time. In the short-term, this will be achieved via neo-eugenics, ie. voluntary positive eugenics, human cloning, germ-line engineering, gene therapy and genetic engineering.

In the long-term, when the science becomes available we intend to utilize  transhuman technologies: nanotechnology, mind uploading, A/I and other variations of ultra exo-tech.

Our goal is to enable total and unlimited self-transformation, consciousness and expansion across the universe of our species.

There are many reasons why we want to achieve this:

a.) Technology has outpaced the human brain in modernization -- we must now play catch-up using neo-eugenics.
b.) The world is caught in a left-wing, socialist, dysgenic and egalitarian trend from which we want to be freed and totally liberated from.
c.) This is a way of maximizing our viability -- the survival and probability of survival of our new genes and post-genomic species. A more intelligent species will be more fit to adapt to new environments and to face new threats and obstacles - on Earth and in the Cosmic Heavens.
d.) We see this as the noble thing to do, the idealization of humanity and beyond-humanity. We seek to bring ourselves closer to Godhood. Through neo-eugenics and other forms of scientific self-improvement and transformation. We ultimately intend to bring about higher civilization, higher creativity, and higher consciousness to the Universe. What Nature used to do via natural selection, we will now take into our own hands with directed and deliberate creative Self-Directed Evolution.

We are no longer spectators in the grand plan of cosmic evolution, but now participants.

We must not concern ourselves with other groups, races and nations that are caught in a dysgenic cycle. We must only be concerned with the success of ourselves and also with other competing neo-eugenic programs that might pose a hostile threat to our own new species.

While proactively defending ourselves against our detractors, we must also always strive to form mutually beneficial alliances with other transhuman and neo-eugenics groups - having a live and let live attitude is an important priority. We will form friendly alliances with non-hostile competing groups - working with them, without ever diluting our own goals and principles. (see http://www.transtopia.net).

Prometheism is a member of the Self-Directed Evolution Alliance.

Our Libertarian religious nation is founded on the principles of total freedom of speech (including offensive language and language which hurts peoples feelings), freedom of thought, the right to bear arms, liberty, progress, productivity and the pursuit of individual happiness.


Membership to our Sovereign libertarian neo-eugenic
nation is Voluntary Only. We reject all totalitarianism and believe
coercive neo-eugenics is counter to the ideal of individual freedom. The
promethean governments sole purpose is to protect the rights of the
individual. We do not wish to sterilize anyone or force anyone to practice neo-eugenics.

DNA or genetic capital is the most valuable commodity in the universe. Our primary goal is to promote positive and voluntary neo-eugenics by channeling national resources to the best, brightest and most creative.


We Define neo-eugenics as conscious evolution (these words are interchangeable). Purposefully directed evolution via voluntary positive neo-eugenics (including voluntary selective breeding), cloning, genetic engineering and ultimately any and all transhumantechnologies. Neo-Eugenics means harnessing all science, technology and knowledge available now or in the future, guiding it with spirituality, ethical considerations and higher consciousness, ultimately towards achieving total and unlimited self transformation. The term Neo-Eugenics embodies the sciences and philosophies involved in Biotechnology, Extropy and Transhumanism all merged  in a philosophy of spiritual Self-Directed Evolution.

VI.   Behavioral tolerance should flow naturally out of a highly intelligent, neo-eugenic society that is ethically cohesive. It must be accepting of many different preferences or freedoms of personal conduct that might offend, but does no harm to the group. The elimination of consensual crimes is a given in a society that through intelligence and understanding of human behavior in others, can tolerate deviants who do no harm.

VII.   We are not a cult or sect. Our principles are firmly grounded in empiricism, science, evolutionary theory, logic and neo-Darwinism. Our purpose is merely to do what we believe is noble, using and unifying science and spirituality to create a new human species, because that is what we want to do. No irrational dogma is required or desired. The neo-eugenic state is a sovereign state, with or without borders.

VIII.   As individuals, we voluntarily submit to the goals of the project Likewise, we have no need of holy men, only wise men. As individuals, we only submit to the goals of the project voluntarily, and to nothing else. And in allowing us to be part of the creation, the group gives back to the individual a sense of purpose and fulfillment. Neo-Eugenics is the path, that which brings us come closer to our image of god in a technological and ever expanding universe.


I.   Resources must not be wasted on curing diseases when it is more cost effective to merely eliminate the disease from the genetic capital of the neo-eugenic nation (germ-line, gene therapy and genetic engineering). We can easily live with numerous minor genetic flaws, but it should never be policy to medically correct obviously adverse genetic diseases when they can be detected and eliminated from the gene pool on the genetic level (germ-line, gene therapy and genetic engineering).


III.   We believe in total reproductive freedom, neither any single woman nor man must be forced to procreate or to spend time raising children. The genes of the group flow in all of us, and resource acquisition is as important as having children to the success of the group. That is, it is each person's choice where to contribute. It may be more beneficial to hire breeders for having the children rather than force women who prefer an intellectual life over being pregnant. And the same with raising children. Group goals are met by everyone becoming a specialist in what they do best, as long as it contributes in some way.


IV.   Neo-Eugenicists can be classified as breeders, enforcers, or nurturers. That is, there will be those who want to participate but not necessarily pass on their own genes for various reasons. Everyone will be productive and further the cause, but not everyone needs to do it in the same manner. Specialization is efficiency. And our genes run throughout  the tribe, not in individual families, though family cohesiveness will never be frowned upon as a natural instinct or important evolutionary strategy in the neo-eugenic collective.


V.   Racial purity is not a valid concept for a Neo-Eugenicist. Since we are breeding and genetically splicing our way into a new species, racial components are ever changing. The only valid concept is one of group cohesiveness. We want to be with people who are like us, that is similarity in phenotype bonds the group together, not racial purity.


VII.   The patterns of sexual attractiveness must be understood and consciously overcome. For example, too many males will seek an attractive woman over an intelligent one. This evolutionary desire must be evaluated and counteracted. With means are available, sex and reproduction are no longer linked, and communities that extend beyond the simple family unit can live with this anomaly. It should be recognized and tolerated. The same goes for not requiring women to bear children. Bearing children and parenthood need not be linked, bonding to children in humans occurs some time AFTER birth, unlike other species.


VIII.   Potential children are in abundant supply and the world is overpopulated with people without a future. Every child brought into this world should be of the finest intellect possible, and free of genetic diseases or abnormalities. Every generation needs to be an incremental step in the evolution to a new species. The only traits to be altered during the first genesis shall be an increase in overall intelligence, typical intellectual engagement (TIE), and patriotism. Other behavioral traits must only be altered when there is no longer a danger from competitive species and our knowledge of our species has progressed to a state of understanding that makes behavioral traits modification beyond question. Until then, we must retain the full spectrum of human variation for the sake of higher adaptability and survivability.


IX.   Our genders are equal because no more division of labor is required. The mind is the only machine that is really important. Breeding is no longer necessarily the result of sex. Breeding will be directed by intelligent purposefulness for genetically enhanced children.  (see Neo-Eugenics)


X.    Warfare, that ever present component that drove group evolution to reach Homo Sapiens will continue. Neo-Eugenicists will be attacked and we will always be out numbered. Our brains and intelligence must be used in place of soldiers and fighting if we are to hold off attacks and detractors. But war it shall be, even if only intellectual warfare, until we can overcome the hostility of others (their hostility is no longer a threat to us or our existence).